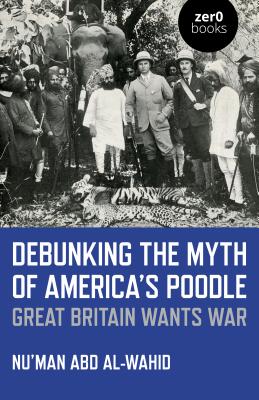 Debunking the Myth of America's Poodle

Most writing today by activists and opponents of foreign policy is rooted in the 1960s. Underpinning many of these books is the unquestioned assumption that contemporary British imperialism is an adjunct to American foreign policy. Wherever the United States invades and bombs, Great Britain lays out the carpet and obediently follows. This subservience is jubilantly referred to as a "special relationship" by its supporters; by its detractors it is disparagingly depicted as "America's poodle". This book argues that a true understanding of contemporary British militaristic foreign policy begins with a rejection and a historical unpacking of this perceived subservience to the United States.

Nu'man Abd al-Wahid is a Yemeni-English independent researcher specialising on how the United Kingdom has historically maintained its political interests in the Arab World. His articles have appeared in Black Agenda Report and Mondoweiss. A full collection of essays can be accessed at www.churchills-karma.com. He lives in Sandwell, West Midlands, UK.
Loading...
or
Not Currently Available for Direct Purchase