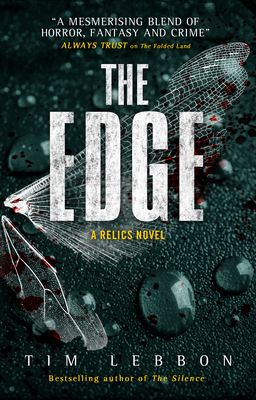 There exists a secret and highly illegal trade in mythological creatures and their artifacts. Certain individuals pay fortunes for a sliver of a satyr’s hoof, a gryphon’s claw, a basilisk’s scale, or an angel’s wing. Embroiled in the hidden world of the Relics, creatures known as the Kin, Angela Gough is now on the run in the United States.

Forty years ago, the town of Longford was the site of a deadly disease outbreak that wiped out the entire population. The infection was contained, the town isolated, and the valley in which it sits flooded and turned into a reservoir. The truth—that the outbreak was intentional, and not every resident of Longford died—disappeared beneath the waves.

Now the town is revealed again. The Kin have an interest in the ruins, and soon the fairy Grace and the Nephilim leader, Mallian, are also drawn to them. When the infection rises from beneath silent waters this forgotten town becomes the focus of the looming battle between humankind and the Kin.

Praise For The Edge…

“Urban fantasy at its best and most captivating.” —Risingshadow

“The long-awaited third novel of the Relic series is here . . . The end is nothing one expects. Of course, it isn’t really the end because it begs for another story.” —New York Journal of Books

“A deftly crafted and inherently riveting action/adventure fantasy novel by an author with a genuine flair for originality and reader engaging narrative storytelling . . . an unreservedly popular addition to community library collections, The Edge is a thoroughly entertaining read from cover to cover and very highly recommended to the attention of all dedicated fantasy adventure fans.” —Midwest Book Review

Tim Lebbon is the New York Times bestselling author of Coldbrook, The Silence, and the Relics trilogy. He has also written many successful movie novelizations and tie-ins for Alien and Firefly. Tim has won three British Fantasy Awards, a Bram Stoker Award, a Shocker, a Tombstone and been a finalist for the International Horror Guild and World Fantasy Awards. The Silence is now a gripping Netflix movie starring Stanley Tucci and Kiernan Shipka.
Loading...
or
Not Currently Available for Direct Purchase