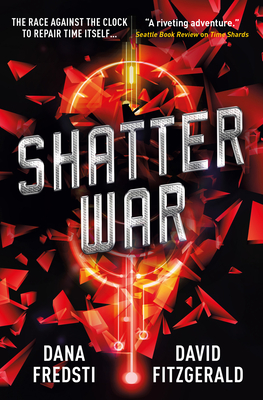 Time shatters into shards of the past, present, and future. A group of survivors dodge threats from across history to locate the source and repair the damage before it's too late.

WAR ACROSS THE TIMESCAPE

Earth's past, present, and future have shattered in "the Event," yielding a terrifying new world of prehistoric monsters, lost cultures, strange technologies, and displaced armies. Coming from different points throughout history, a desperate band of survivors join "Merlin," a mysterious figure who may be their only hope to save the world--if he can be trusted.

When their twenty-third-century ship the Vanuatu is sabotaged by an unknown enemy and thrown far off its course, the team must discover who is responsible, even as they are split apart and fight to survive in the war-torn Shard world...