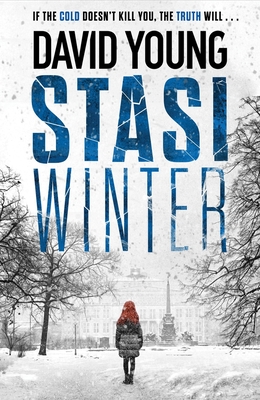 In 1978 East Germany, nothing is as it seems. The state's power is absolute, history is re-written, and the "truth" is whatever the Stasi say it is. So when the murder of a woman is officially labeled an "accidental death," Major Karin Müller of the People's Police is faced with a dilemma. To solve the crime, she must defy the official version of events. But defying the Stasi means putting her own life—and the lives of her young family—in danger. As the worst winter in history holds Germany in its freeze, Müller must untangle a web of state secrets and make a choice: between the truth and a lie, justice and injustice, and, ultimately, life and death.

David Young was a news producer and editor for more than 25 years with BBC. His first book in the Karin Müller series, Stasi Child, was a Times Crime Book of the Month, a Daily Telegraph pick of the week, WHSmith Fiction Book of the Month, and won the 2016 CWA Endeavour Historical Dagger for the best historical crime novel of the year. The series has been sold in 11 territories around the world and optioned for TV by Euston Films.
Loading...
or support indie stores by buying on