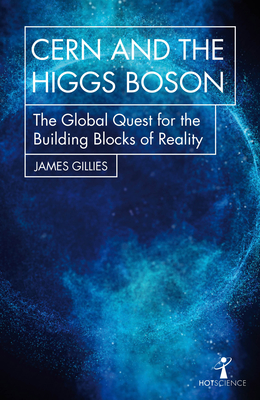 Cern and the Higgs Boson

The Global Quest for the Building Blocks of Reality (Hot Science)

The Higgs boson is the rock star of fundamental particles, catapulting CERN, the laboratory where it was found, into the global spotlight. But what is it, why does it matter, and what exactly is CERN?

In the late 1940s, a handful of visionaries were working to steer Europe towards a more peaceful future through science, and CERN, the European particle physics laboratory, was duly born. James Gillies tells the gripping story of particle physics, from the original atomists of ancient Greece, through the people who made the crucial breakthroughs, to CERN itself, one of the most ambitious scientific undertakings of our time, and its eventual confirmation of the Higgs boson.

Weaving together the scientific and political stories of CERN's development, the book reveals how particle physics has evolved from being the realm of solitary genius to a global field of human endeavour, with CERN's Large Hadron Collider as its frontier research tool.

James Gillies is a member of the Strategic Planning and Evaluation unit at CERN. He was Head of the Organization's communications group from 2003 to 2015, and is co-author of How the Web was Born, a history of the Internet published in 2000 and described by the Times as being among the year's ten best books for inquisitive minds.
Loading...
or support indie stores by buying on