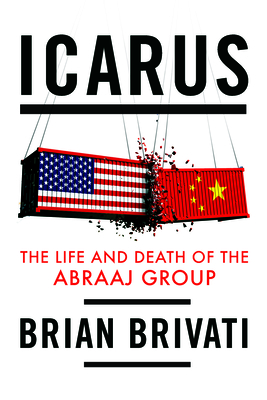 The Life and Death of the Abraaj Group

Arif Naqvi and his Dubai-based Abraaj Group were pioneers of private sector impact investment in emerging markets. Impact investing was a simple idea: private money is invested to build resilient economies in places as diverse as Ghana, Mexico, Pakistan, Nigeria, India, Kenya and the Middle East to improve healthcare, education, clean energy and access to consumer goods, while delivering returns for investors. The Abraaj Group (Abraaj means 'towers' in Arabic) had just shy of $14 billion under management by 2017; they were on the threshold of closing a new fund that would invest $6 billion into these emerging markets.

One of their most successful investments had been in Karachi Electric, the sale of which had been agreed to a Chinese energy giant, and a sizeable chunk of that new fund was going to come from Chinese investors. Then Donald Trump entered the White House, China became corporate enemy number one and the President's friends in private equity, who wanted a piece of the emerging markets action, could now see a way to get it.

What followed was straight from the US playbook of deploying economic hitmen to annihilate their commercial and geopolitical enemies, culminating on 10 April 2019 with Arif Naqvi being arrested at Heathrow Airport in a joint UK-US operation seeking his extradition to the United States.

The dominant media narrative has painted Naqvi as an evil genius, the so-called key man in an organised criminal conspiracy that is alleged to have lasted years but actually amounts to potential regulatory breaches which are usually dealt with, for those who are 'one of us', by fines and reprimands rather than threats of hundreds of years in jail.

However, in this extraordinary investigation based on extensive documentary research and dozens of interviews with the key players, Brian Brivati sets out to provide rather different answers to the key questions that comprise this tale.