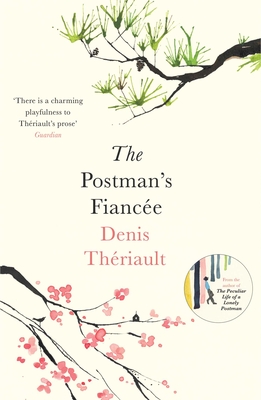 Twenty-two-year-old Tania has moved to Montreal to study, fine-tune her French and fall in love. Finding work as a waitress in an unpretentious down-town restaurant, she meets Bilodo, a shy postman who spends his days perfecting his calligraphy and writing haiku. The two hit it off. But then one stormy day their lives take a dramatic turn, and as their destinies become entwined Tania and Bilodo are led into a world where nothing is as it seems.

A charming standalone work that reunites readers with the touching and much-loved characters first found in The Peculiar Life of a Lonely Postman, The Postman’s Fiancée is an enchanting, poignant and bittersweet love story that will move readers, young and old alike.

DENIS THÉRIAULT is an award-winning author and screenwriter living in Montreal, Canada. The Postman’s Fiancée is the much-anticipated follow-up to the runaway hit The Peculiar Life of a Lonely Postman (Oneworld, 2016). His debut novel, The Boy Who Belonged to the Sea, will also be published by Oneworld in February 2018.

JOHN CULLEN is the translator of numerous books from Spanish, German, Italian and French, including the international bestseller The Meursault Investigation by Kamel Daoud (Oneworld, 2015). He lives in New York.

Praise For The Postman’s Fiancée…

Praise for The Peculiar Life of a Lonely Postman

‘Quirky and charming with a well-executed denouement, this novella brings to mind nothing less than a giddily-lovesick Kafka.’
— Guardian
or
Buy Here
Copyright © 2020 American Booksellers Association