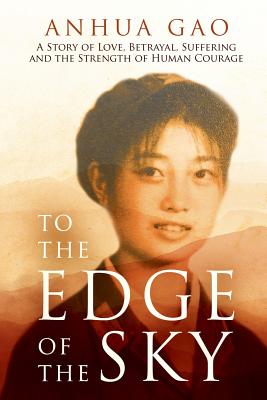 To the Edge of the Sky (Paperback)

A Story of Love, Betrayal, Suffering and the Strength of Human Courage

'I wanted to tell the whole world the truth about China. People living outside didn't really understand what happened - because my parents died a long time ago I could not do my duty and look after them. I was too young. So I have written a book for them.'

Despite suffering terrible heartache, loss and pain growing up in communist China, Anhua Gao found courage, hope and, eventually, love. This is her story: the story of a woman who, whether she tried to live with or struggle against the harsh ideology of Red China, was treated with shocking inhumanity.

When her parents died, leaving Anhua and her siblings orphans, they were hailed by Mao Tse Tung as revolutionary martyrs. But her parents' reputation proved a fragile shield from the horrors of communist China. Her life torn apart by the whims of the state, Anhua found herself alone -- something she fully realised when, after serving with distinction as a nurse in the Red Army, her own sister betrayed her, blighting her future. Ill-treated for years by her cruel husband, she was then thrown into jail when the security police accused her of being an enemy agent because she spoke English. While there she not only experienced appalling deprivation and bore witness to hideous torture, but was completely isolated from her young daughter - not even being told who was caring for her.

Moving, sometimes shocking, but always compelling, this is the tale of someone who, against unbelievable odds, survived and, finally, found a happiness she had not dared to hope for.