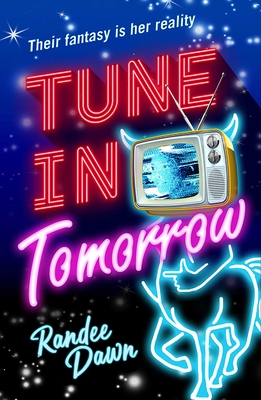 The Curious, Calamitous, Cockamamie Story Of Starr Weatherby And The Greatest Mythic Reality Show Ever

A funny, thrilling and mysterious adventure into the world of alternate reality television... Perfect for fans of Jasper Fforde and Christopher Moore.

Starr Weatherby came to New York to become… well, a star. But after ten years and no luck, she’s offered a big role – on a show no one has ever heard of. And there’s a reason for that. It’s a ‘reality’ show beyond the Veil, human drama, performed for the entertainment of the Fae.

But as Starr shifts from astounded newcomer to rising fan favorite, she learns about the show’s dark underbelly – and mysterious disappearance of her predecessor. She’ll do whatever it takes to keep her dream job – though she might just bring down the show in the process.

Praise For Tune in Tomorrow: The Curious, Calamitous, Cockamamie Story Of Starr Weatherby And The Greatest Mythic Reality Show Ever…

‘Dawn balances over-the-top drama and comedy with genuine intrigue to create a fun story with plenty of heart. Fans of Douglas Adams and Terry Pratchett will want to snatch this up.’ -- Publishers Weekly
— Publishers Weekly

Randee Dawn writes about entertainment glam by day and fantastical fiction worlds by night. A former Soap Opera Digest editor, she now scribbles about the wacky universe of showbiz for Variety, The Los Angeles Times and Today.com. The co-author of The Law & Order: SVU Unofficial Companion, Randee appeared on L&O once! In the courtroom! Her short fiction has been published in multiple anthologies, and in her spare time she's a trivia writer for BigBrain Games. Based in Brooklyn, New York she lives with a brilliant spouse, a fluffy Westie, many books and never enough mangoes. More at: RandeeDawn.com / @RandeeDawn.
Loading...
or support indie stores by buying on