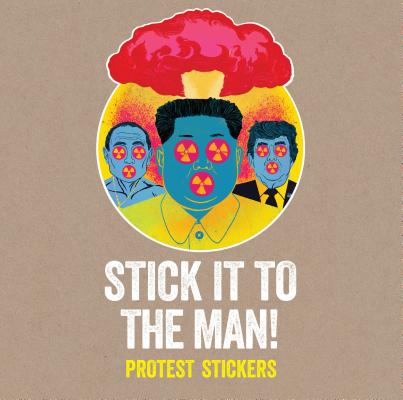 Stick it to the Man!

This timely sticker book brings together around 200 of the best protest stickers created by artists and activists around the world. Funny, irreverent, bold, and poignant, the stickers tackle key issues of acute concern today, including feminism, equality/LGBTQ rights, racism, nationalism, immigration, and asylum.

Join the protest movement, stickerbomb the world around you, and stick it to the Man!

SRK is a creative studio based in London and Jakarta, with a focus on documentary films. They have worked with Polydor Records, ARTE TV, the BBC, Channel4, Film4, MTV, SONAR, and a number of international non-governmental organisations. Their books include RackGaki, Graffiti Asia, and the Stickerbomb series (all Laurence King).
Loading...
or support indie stores by buying on