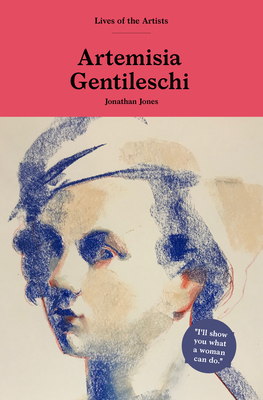 Artemisia Gentileschi (Lives of the Artists)

'Lives of the Artists'is a new series of brief artists biographies from Laurence King Publishing. The series takes as its inspiration Giorgio Vasari's five-hundred-year-old masterwork, updating it with modern takes on the lives of key artists past and present. Focusing on the life of the artist rather than examining their work, each book also includes key images illustrating the artist's life.

Praise For Artemisia Gentileschi (Lives of the Artists)…

"Jonathan Jones's neat little Artemisia Gentileschi (Laurence King) gives us everything we need to know about the life of an extraordinary woman from a rough bit of Rome who survived multiple misogynies to become one of the most sought-after artists of the 17th century." - The Guardian ,

Jonathan Jones is art critic for The Guardian and the author of Sensations: The Story of British Art from Hogarth to Banksy, as well as The Loves of the Artists: Art and Passion in the Renaissance and The Lost Battles: Leonardo, Michelangelo and the Artistic Duel that Defined the Renaissance.
Loading...
or support indie stores by buying on