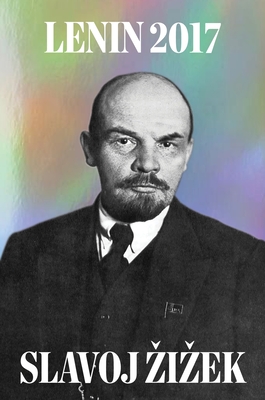 Remembering, Repeating, and Working Through

One hundred years after the Russian Revolution, Žižek shows why Lenin’s thought is still important today

V. I. Lenin’s originality and importance as a revolutionary leader is most often associated with the seizure of power in 1917. But, in this new study and collection of Lenin’s original texts, Slavoj Žižek argues that his true greatness can be better grasped in the last two years of his political life. Russia had survived foreign invasion, embargo and a terrifying civil war, as well as internal revolts such as the one at Kronstadt in 1921. But the new state was exhausted, isolated and disorientated. As the anticipated world revolution receded into the distance, new paths had to be charted if the Soviet state was to survive.

With his characteristic brio and provocative insight, Žižek suggests that Lenin’s courage as a thinker can be found in his willingness to face this reality of retreat unflinchingly. In today’s world, characterized by political turbulence, economic crises and geopolitical tensions, we should revisit Lenin’s combination of sober lucidity and revolutionary determination.


Praise For Lenin 2017: Remembering, Repeating, and Working Through…

“The excitable fluency, ursine congeniality and gleeful readiness to provoke and offend all feed the sense of authentic spontaneity and energy that has made Žižek something like European philosophy’s punk icon, packing out auditoriums around the world.”
—Josh Cohen, New Statesman

“Such passion, in a man whose work forms a shaky, cartoon rope-bridge between the minutiae of popular culture and the big abstract problems of existence, is invigorating, entertaining and expanding enquiring minds around the world.”
—Helen Brown, Daily Telegraph

Slavoj Žižek is a Slovenian philosopher and cultural critic. He is a professor at the European Graduate School, International Director of the Birkbeck Institute for the Humanities, University of London, and a senior researcher at the Institute of Sociology, University of Ljubljana. His books include Living in the End Times, First as Tragedy, Then as Farce, In Defense of Lost Causes and many more.
Loading...
or
Not Currently Available for Direct Purchase