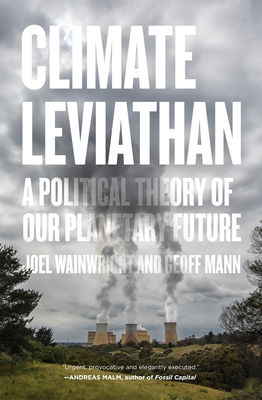 Joel Wainwright, associate professor at Ohio State, is author of Geopiracy and Decolonizing Development, which won the Blaut award.

“Unlike many books on climate politics, Climate Leviathan is neither apocalyptic nor prescriptive. It is exactly what its subtitle promises: ‘a political theory of our planetary future,’ at once speculative and wide-ranging.”
—Shannon Osaka, Los Angeles Review of Books
or
Buy Here
Copyright © 2020 American Booksellers Association