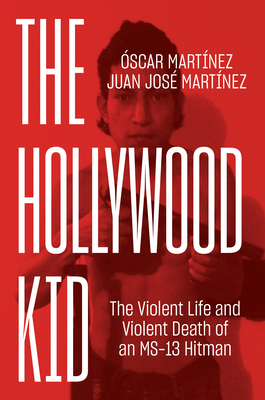 The Violent Life and Violent Death of an MS-13 Hitman

As a boy, Miguel Ángel Tobar’s small town in El Salvador was torn apart by guerrillas and US- backed death squads. Still a preteen, he joined a different kind of death squad—the Hollywood Locos Salvatrucha—a clique of the Mara Salvatruchas, better known as MS-13. This international criminal organization began on the streets of Los Angeles in the 1980s, as Salvadoran children, whose families had fled their country’s civil war, banded together to defend themselves from LA gangs. Denied refugee status, the Salvadorans found themselves pushed into the shadows and besieged by violence, and MS-13 itself mutated into a gang. When large-scale US deportations began, violence was exported from the United States to El Salvador, helping make it one of the world’s deadliest countries and in turn propelling new waves of refugees northward.

The Salvadoran journalist Óscar Martinez and his anthropologist brother Juan José Martínez got to know the Hollywood Kid when he informed on MS-13. In his hideaway shack, he recounted a life of killing—a death toll of more than fifty rival gang members—until his own murder ended the story. Vivid and violent, The Hollywood Kid brings a brutal world to life, illustrating the geopolitical forces propelling a country toward ever more vicious extremes.

Praise For The Hollywood Kid: The Violent Life and Violent Death of an MS-13 Hitman…

“The Hollywood Kid is a revelation. As they track a single tragic life, Los Hermanos Martínez delve deep into El Salvador’s tortured labyrinth, into the macabre working of the Mara Salvatruches, into the sinister consequence of failed US policies, and in the process recover what Neil Smith called the lost history of the American Empire. This is reportage made literature, darkness made light, and one of the most important books of investigative journalism I’ve read in years.”
—Junot Díaz, author of This Is How You Lose Her

“The book is simply amazing. Easily one of the best pieces of journalism I have ever read, one that gave me a visceral feeling for the ‘Kid’s’ pain and for the pain he caused. Besides the very great reporting, there is a real lyricism in the writing.”
—Joe Sacco, author of Palestine

“As the poet William Blake famously put it, ‘General forms have their vitality in particulars, and every particular is a Man.’ The Martínez brothers’ beautifully written account of the life and death of the feared gangster El Niño de Hollywood, based on hours and hours of interviews with him and those close to him, starkly reveals the underlying dynamics of the Central American gang phenomenon in vivid and insightful detail.”
—Dennis Rodgers, author of Global Gangs

Óscar Martínez is an award-winning Salvadoran investigative journalist and writer for elfaro.net, the first online newspaper in Latin America providing in-depth coverage of migration, violence, and organized crime in Central America. In 2008, he won Mexico’s Fernando Benítez National Journalism Award; in 2009, he was awarded the Human Rights Prize at the José Simeón Cañas Central American University in El Salvador; in 2016, the Committee to Protect Journalists awarded him an International Press Freedom Award. In the same year, he was also awarded the Maria Moors Cabot Prize, which honors journalists for their outstanding coverage of the Americas. He is the author of The Beast: Riding the Rails and Dodging Narcos on the Migrant Trail (for which he was awarded the WOLA-Duke Book Award in 2014) and A History of Violence: Living and Dying in Central America.

Juan José Martínez is a sociocultural anthropologist from Universidad Nacional de El Salvador. He has studied violence and gangs since 2008. He has been a lecturer at Universidad Mónica Herrera and has worked as a consultant for several institutions, such as Action on Armed Violence, UNICEF, Soleterre, and American University.
or support indie stores by buying on
(This book is on backorder)