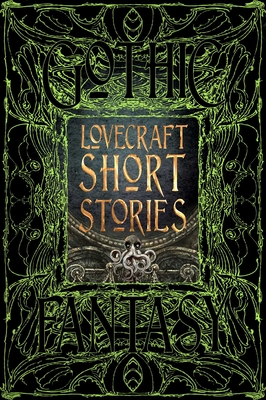 H.P. Lovecraft was the inventor of cosmic horror, of weird fiction and the Cthulhu mythology. His stories, incubated by a lonely and febrile childhood, found purchase in the fertile earth of pulp fiction where he inspired many other writers, from Robert E. Howard, to Robert Bloch and Clark Ashton Smith, many of whom also collaborated on the several short stories, some of which are also included here, in this special deluxe edition. This title, alongside H.G. Wells Short Stories, is a companion volume to our hugely successful Gothic Fantasy series of classic and modern writers.

S.T. Joshi (foreword) is a leading authority on H.P. Lovecraft, as well as other writers mostly in the realms of supernatural and fantasy fiction. He is the author of The Weird Tale (1990), The Modern Weird Tale (2001), and Unutterable Horror: A History of Supernatural Fiction (2012). His award-winning biography H. P. Lovecraft: A Life (1996) was later expanded as I Am Providence: The Life and Times of H. P. Lovecraft (2010).
Loading...
or support indie stores by buying on