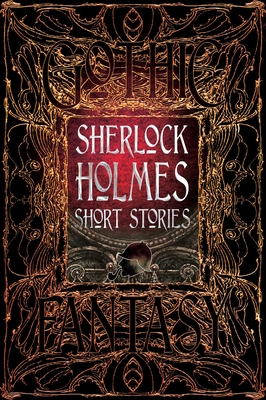 The fascination with Conan Doyle's enigmatic anti-hero Sherlock Holmes, and his pompous narrator Dr Watson, has barely subsided over the years. Inspiring a long line of detective stories and Whodunnits, Holmes is a constant feature on TV, and movie screens, with new audio and radio shows joining the frenzy. The Holmes tales have earned their place amongst the most influential of popular fantasy, crime and gothic stories.

Arthur Conan Doyle (1859-1930) was born in Edinburgh, Scotland. Conan Doyle was a prolific writer of non-fiction, history, plays, poems, short stories and novels, and whatever the subject, his vibrant and remarkable characters have breathed life into all of his work, engaging readers throughout the decades. Jon Lellenberg is a longtime member of The Sherlock Holmes Society of London, the historian of The Baker Street Irregulars in America, and the author, editor, or co-editor of a half dozen books about the life of Sherlock Holmes's creator, including 'Arthur Conan Doyle: His Life in Letters' (HarperCollins), which was a BBC Book of the Week in September 2007, and 'Dangerous Work: Diary of an Arctic Adventure' (British Library, 2012). From 1979 to 2016 he was the U.S. representative of Dame Jean Conan Doyle, the author's daughter, and subsequently of the Conan Doyle Estate.
Loading...
or
Not Currently Available for Direct Purchase