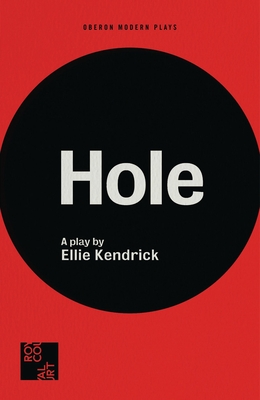 A hole in the ground. Three women are forcing their way out.

They're singing. They're moving. They're taking up space. And they refuse to apologise. Using word, music and movement in equal parts, Royal Court Young Writers' Programme alumna Ellie Kendrick's debut play Hole asks how power is created. It has a cast of six women, who perform as individuals, but also move together and speak in chorus. They sing, chant, sprout black wings, retell the stories of Pandora and Medusa and, in one particularly effective passage questioning the male gaze, remind us that elementary particles don't like being watched. (The Guardian)

Ellie Kendrick is a writer and performer across film, theatre and television. She is a graduate of the Channel 4 Screenwriting Programme. She started writing at the Royal Court Theatre, where she has completed the Young Writers Group, Studio Group and a special invitation group led by EV Crowe. Her first play, TABS, was shortlisted for the Bruntwood Prize for Playwriting and her second play has been commissioned by the Royal Court Theatre. She is currently writing two more of her own original ideas under commission for Channel 4 and HighTide theatre and has projects in development with several independent television companies. Her work as a performer includes Game of Thrones, An Education, The Diary of Anne Frank, Misfits, Being Human, Upstairs Downstairs and plays at the Royal Court, Globe and Hampstead theatres.
Loading...
or
Not Currently Available for Direct Purchase