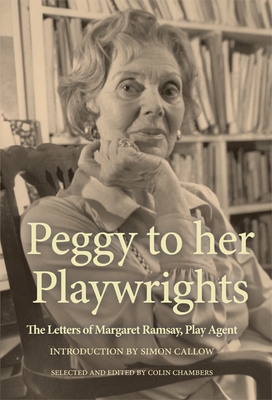 Peggy to Her Playwrights

Peggy Ramsay (1908-1991) was the foremost play agent of her time. Her list of clients shows her to have been at the centre of British playwriting for several generations from the late 1950s on.

To her remarkable array of clients, her letter writing was notorious, marked by searing candour, both a wondrous motivation and an unforgiving scrutiny to be feared. 'Peggy judged by the most exalted standards and lashed her writers when they failed to meet them. Her force of personality made her well-nigh irresistible. The letters she wrote to her writers and to producers are extraordinary documents, filled with all these qualities, and indiscreet, blasphemous and saucy to boot.' - Simon Callow

Colin Chambers, a former journalist and theatre critic, was Literary Manager of the RSC (1981-1997), and since 2014 has been Emeritus Professor of Drama at Kingston University.
Loading...
or
Not Currently Available for Direct Purchase