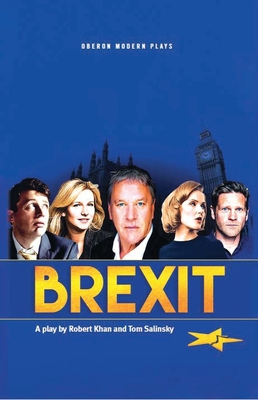 A new Tory PM must unite his party's warring factions with his masterful plan for a final Brexit deal. Just... what was it again? A new satire by Robert Khan and Tom Salinsky.

Robert Khan and Tom Salinsky met at university and have written together on-and-off ever since. Robert Khan read law at the the Universities of Southampton and Cambridge and was called to the Bar in 1995. Since then he has worked variously in Parliament, policy and politics. He is also currently a Councillor in Islington. Tom Salinsky is the artistic director of improvisation company The Spontaneity Shop, co-author of the book The Improv Handbook and he teaches presenting, public speaking and storytelling for a wide-range of corporate clients. He was in the cast for the improvised Radio 4 Drama A Time To Dance which was nominated for a Sony Award.
Loading...
or
Not Currently Available for Direct Purchase