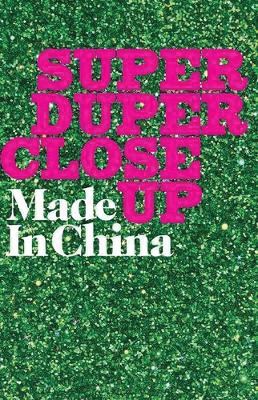 We're all starring in the movie of our life. Selfie after selfie, post after post. It's exhausting. So take a break. Bask in the glow of the big screen as someone else has a go. See the heroine all dewy-eyed as the camera zooms in. And in. And in.

Get set for a live-filmed Lynchian ride through the anxieties of an unsettlingly ordinary woman's existence. An epic journey to everywhere and nowhere, through a labyrinth of click-bait and pop clich , via an infinite stream of frozen pouts and desperate smiles. Razor sharp innovators Made In China return following the "brilliantly subversive" Double Double Act (Time Out) and "murderously entertaining" Tonight I'm Gonna Be The New Me (The Guardian). A tragicomic and hypnotic explosion of film, movement and words, Super Duper Close Up asks what a girl is to do when everything is virtual, and virtually everything is for sale. Are you ready for your close-up?

Made In China formed in 2009. They have developed and performed their work across the UK and beyond, at venues including: National Theatre, Bristol Old Vic, Royal Exchange Theatre, Traverse Theatre, Forest Fringe, Battersea Arts Centre, La MaMa, and Paradiso Amsterdam. Made In China was a National Theatre Studio affiliate company 2010-12 and an Arches Brick Award nominee 2013.
Loading...
or support indie stores by buying on