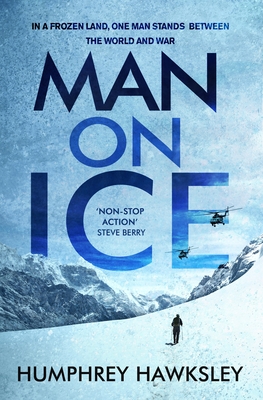 Special Agent Captain Rake Ozenna watches as a fleet of Russian military helicopters heads straight for his home, a remote Alaskan island with a population of just eighty.

What he doesn't know yet is why.

Soon, however, he learns that Russia is playing a dangerous political game: in a daring act of provocation, it reclaims the American island as its own. Caught in the crosshairs of sabre-rattling big powers, Rake is determined to save his people and his island, even if it costs him his life.

Humphrey Hawksley is a foreign correspondent for the BBC, a regular speaker and panellist at Intelligence Squared and the Royal Geographical Society, and many literary festivals. Hawksley's writing has appeared in the Guardian, Times, Financial Times, International Herald Tribune and Yale Global. Hawksley's television documentaries include The Curse of Gold, Bitter Sweet, Aid Under Scrutiny, Old Man Atom and Danger: Democracy at Work. @hwhawksley humphreyhawksley.com
or support indie stores by buying on
Copyright © 2020 American Booksellers Association