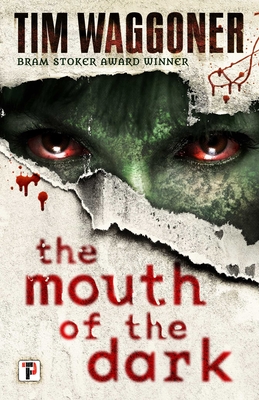 The Mouth of the Dark

A wild trip that keeps you wondering what the hell is going on, it's an amazing experience. It is highly entertaining read. - Sci-Fi & Scary Jayce's twenty-year-old daughter Emory is missing, lost in a dark, dangerous realm called Shadow that exists alongside our own reality. An enigmatic woman named Nicola guides Jayce through this bizarre world, and together they search for Emory, facing deadly dog-eaters, crazed killers, homicidal sex toys, and - worst of all - a monstrous being known as the Harvest Man. But no matter what Shadow throws at him, Jayce won't stop. He'll do whatever it takes to find his daughter, even if it means becoming a worse monster than the things that are trying to stop him. FLAME TREE PRESS is the new fiction imprint of Flame Tree Publishing. Launching in 2018 the list brings together brilliant new authors and the more established; the award winners, and exciting, original voices.

Tim Waggoner's first novel came out in 2001, and since then he's published close to forty novels and three collections of short stories. He writes original dark fantasy and horror, as well as media tie-ins. His novels include Like Death, considered a modern classic in the genre, and the popular Nekropolis series of urban fantasy novels. He's written tie-in fiction for Supernatural, Grimm, The X-Files, Doctor Who, A Nightmare on Elm Street, and Transformers, among others, and he's written novelizations for films such as Kingsman: the Golden Circle and Resident Evil: the Final Chapter. His articles on writing have appeared in Writer's Digest, Writer's Journal, Writer's Workshop of Horror, and Where Nightmares Come From. In 2017 he received the Bram Stoker Award for Superior Achievement in Long Fiction, and he's been a finalist for the Shirley Jackson Award and the Scribe Award. His fiction has received numerous Honorable Mentions in volumes of Best Horror of the Year, and in 2016, the Horror Writers Association honored him with the Mentor of the Year Award. In addition to writing, he's also a full-time tenured professor who teaches creative writing and composition at Sinclair College.
Loading...
or
Not Currently Available for Direct Purchase