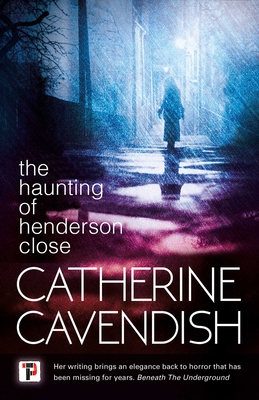 The Haunting of Henderson Close (Hardcover)

In 1891, Edinburgh's Henderson Close is a seething mass of humanity, poverty, crime and degradation. Even murder. Miss Carmichael is a middle-aged spinster, living in the prosperous New Town. She regularly takes food, money and clothing to families living in the Closes, deep within the slums of the Old Town. In the present day, Henderson Close, having been buried under the foundations of newer buildings a century earlier, is a major tourist attraction. Tour guides, such as Hannah, lead their visitors along its eerie twists and turns. But when renovations begin in order to extend the location, the Auld De'il is released from its devil's trap. The ghost stories told by the tour guides begin to take on a sinister reality. FLAME TREE PRESS is the new fiction imprint of Flame Tree Publishing. Launching in 2018 the list brings together brilliant new authors and the more established; the award winners, and exciting, original voices.

Cat first started writing when someone thrust a pencil into her hand. Unfortunately as she could neither read nor write properly at the time, none of her stories actually made much sense. However as she grew up, they gradually began to take form and, at the tender age of nine or ten, she sold her dolls' house, and various other toys to buy her first typewriter - an Empire Smith Corona. She hasn't stopped bashing away at the keys ever since, although her keyboard of choice now belongs to her laptop. The need to earn a living led to a varied career in sales, advertising and career guidance but Cat is now the full-time author of a number of paranormal, ghostly and Gothic horror novels and novellas, including Waking the Ancients, Wrath of the Ancients, The Devil's Serenade, Dark Avenging Angel, The Pendle Curse, Saving Grace Devine and Linden Manor. The Haunting of Henderson Close is her first novel for Flame Tree Press. She lives with her longsuffering husband and black cat (who remembers that her species used to be worshipped in ancient Egypt and sees no reason why that practice should not continue). They divide their time between Liverpool and a 260 year old haunted apartment in North Wales. When not slaving over a hot computer, Cat enjoys rambling around stately homes, circles of standing stones and travelling to favourite haunts such as Vienna and Orkney.
or
Buy Here
Copyright © 2020 American Booksellers Association