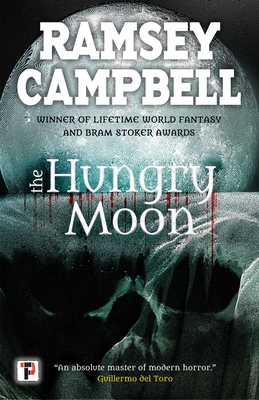 In every respect, Campbell's best. - Kirkus Reviews Isolated on the moors of northern England, the town of Moonwell has remained faithful to their Druid traditions and kept their old rituals alive. Right-wing evangelist Godwin Mann isn't about to let that continue, and his intolerant brand of fundamentalism has struck a chord with the residents. But Mann goes too far when he descends into the pit where the ancient being who's been worshipped by the Druids for centuries is said to dwell. What emerges is a demon in Mann's shape, and only the town's outcasts can see that something is horribly wrong. As the evil spreads, Moonwell becomes cut off from the rest of the world... FLAME TREE PRESS is the new fiction imprint of Flame Tree Publishing. Launched in 2018 the list brings together brilliant new authors and the more established; the award winners, and exciting, original voices.

Ramsey Campbell was born in Liverpool in 1946 and still lives on Merseyside. The Oxford Companion to English Literature describes him as Britain's most respected living horror writer. He has been given more awards than any other writer in the field, including the Grand Master Award of the World Horror Convention, the Lifetime Achievement Award of the Horror Writers Association, the Living Legend Award of the International Horror Guild and the World Fantasy Lifetime Achievement Award. In 2015 he was made an Honorary Fellow of Liverpool John Moores University for outstanding services to literature. His novels The Nameless and Pact of the Fathers have been filmed in Spain, where a film of The Influence is in production. He is the President of the Society of Fantastic Films. AWARDS: The Hungry Moon, British Fantasy Award, Best Novel, 1988 Grand Master Award, World Horror Convention, Atlanta, Georgia, 1999 Lifetime Achievement Award of the Horror Writers Association, 1999 Living Legend Award of the International Horror Guild, 2007 A Life Achievement Award, World Fantasy Awards, 2015
Loading...
or support indie stores by buying on