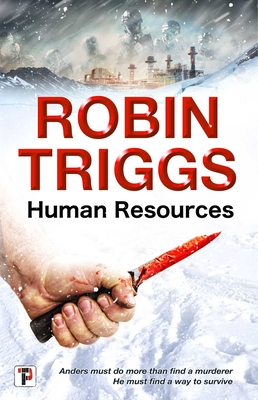 The sequel to Night Shift, praised by Crime Review and Cemetery Dance. Antarctica. A city on the edge of nowhere. Anders Nordvelt is chief of security in this frozen land, so, when a prominent member of a dissident group is murdered, it is his job to find the killer. Unsatisfied with the obvious explanation, Anders keeps pushing until the body of a colleague turns up in his apartment. Could Anders really be the killer? Why does he half-remember wielding the knife? And why are the whispers of a fabled Human Resources black-ops team getting ever louder? As for Anders, he's about to enter a deadly game of cat-and-mouse with a ruthless killer. FLAME TREE PRESS is the new fiction imprint of Flame Tree Publishing. Launched in 2018 the list brings together brilliant new authors and the more established; the award winners, and exciting, original voices.

Rob was raised in Bradford before heading, at eighteen, to the bright libraries of Norfolk. Music was his main interest at this time. He played drums and sang whilst writing copious amounts of lyrics, some of which tipped over into the vaguely-defined realm of poetry. In 2003 he made the top 500 of the Dublin International Poetry Competition. He is inordinately proud of this. He studied archaeology in Queen's University, Belfast before returning to Norfolk and starting to write seriously. He received a boost when he moved to the middlest of middle Englands and joined Abingdon Writers', a fantastic group that were quick point out all his writing sins. He was Chair for a spell but abdicated as soon as decency allowed. When not writing he studies the past: archaeology and the historic landscape remain passions. He worked at the Bodleian Library, where he told tourists that yes, Harry Potter was filmed here, but no, they can't go inside. Now living in Cambridgeshire, he spends non-writing time looking after his two-year old daughter, working in a community centre and as a freelance editor and proofreader. He keeps a blog - www.robintriggs.co.uk - of assorted writerly ramblings. You can also find him on Twitter @RobinTriggs. Human Resources is his second novel; his debut, Night Shift, was published by Flame Tree Press in 2018.
Loading...
or support indie stores by buying on