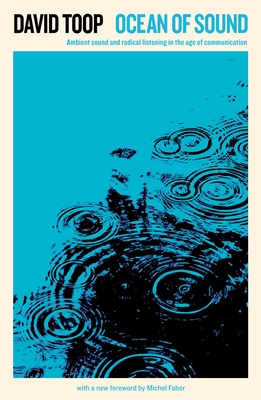 Ambient Sound and Radical Listening in the Age of Communication

David Toop's extraordinary work of sonic history travels from the rainforests of Amazonas to the megalopolis of Tokyo via the work of artists as diverse as Brian Eno, Sun Ra, Erik Satie, Kate Bush, Kraftwerk and Brian Wilson. Beginning in 1889 at the Paris exposition when Debussy first heard Javanese music performed, Ocean of Sound channels the competing instincts of 20th century music into an exhilarating, path-breaking account of ambient sound.

David Toop is an English musician, author and professor of audio culture and improvisation at the London College of Communication. He was a member of the Flying Lizards and a contributor to the British magazine The Face. He is a regular contributor to The Wire, has recorded Yanomami shamanism in Amazonas, appeared on Top of the Pops, exhibited sound installations in Tokyo, Beijing and London's National Gallery, and performed with artists ranging from John Zorn, Evan Parker, Bob Cobbing and Ivor Cutler to Akio Suzuki, Elaine Mitchener, Lore Lixenberg and Max Eastley. He has published five books, including Ocean of Sound, and released eight solo albums.
Loading...
or support indie stores by buying on