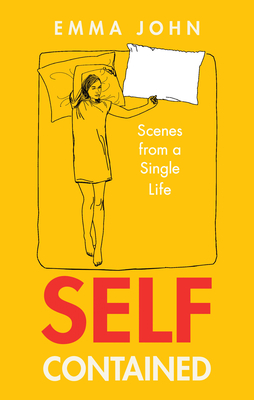 Scenes from a single life

Everything I Know About Love for the over 40s

There is a piece of cod-wisdom regularly dispensed to single women: romance will arrive when you least expect it. I had assumed it would also make its own travel arrangements too.

Emma John is in her 40s; she is neither married, nor partnered, with child or planning to be.

In her hilarious and unflinching memoir, Self-Contained, she asks why the world only views a woman as complete when she is no longer a single figure and addresses what it means to be alone when everyone else isn't.

In her book, she captures what it is to be single in your forties, from sharing a twin room with someone you've never met on a group holiday (because the couples have all the doubles with ensuite) to coming to the realisation that maybe your singleness isn't a temporary arrangement, that maybe you aren't pre-married at all, and in fact you are self-contained.

The book is an exploration of being lifelong single and what happens if you don't meet the right person, don't settle down with the wrong person and realise the biggest commitment is to yourself.

Emma John is an award-winning author and journalist who writes regularly for the Guardian and Observer. Emma was the first woman to win a Sports Journalism Award in the UK, though she is known for her writing on music, theatre, film, books and travel.

Creator and host of the Guardian's cricket podcast The Spin, Emma is a regular voice on national radio, appearing on documentaries and comedy shows on BBC R4, as well as providing sports analysis for BBC Radio5Live and talkSPORT. Her previous books include Wayfaring Stranger: A Musical Journey Through The American South and Following On: A Memoir Of Teenage Obsession And Terrible Cricket.