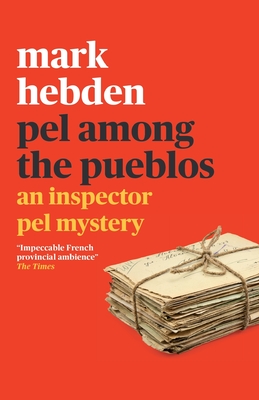 Pel Among the Pueblos

A double shooting of two ageing crooks leads Chief Inspector Pel following the trail all the way to Mexico. Pel and his detectives know how, when and by whom they were murdered; but they must discover why.

Away from his beloved Burgundy, Pel is given a quick course in the history of the French intervention in Mexico during the 1860s. A brief spell among the Pueblos, and a shoot-out under a moonless sky eventually bring him his reward.

Moody, sharp-tongued and worrying constantly about his health, Inspector Pel ensures that no case goes unsolved, in these mordantly witty French mysteries.

'Pel and his procedurals are some of the best things since Maigret.' Observer

'Some characters grow as their saga lengthens and Pel... is one of them. You might say he is ripening along with the grapes.' Police Review

'...written with downbeat humour and some delightful dialogue.' Financial Times

'...all is most cunningly contrived and dovetailed into a coherent plot.' Irish Times