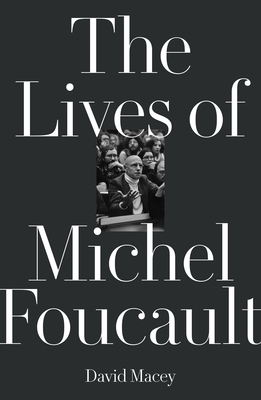 The Lives of Michel Foucault (Paperback)

The classic biography of the radical French philosopher with a new afterword by acclaimed Foucault scholar Stuart Elden.

When he died of an AIDS-related condition in 1984, Michel Foucault had become the most influential French philosopher since the end of World War II. His powerful studies of the creation of modern medicine, prisons, psychiatry, and other methods of classification have had a lasting impact on philosophers, historians, critics, and novelists the world over. But as public as he was in his militant campaigns on behalf of prisoners, dissidents, and homosexuals, he shrouded his personal life in mystery.

In The Lives of Michel Foucault -- written with the full cooperation of Daniel Defert, Foucault's former lover -- David Macey gives the richest account to date of Foucault's life and work, informed as it is by the complex issues arising from his writings. In this new edition, Foucault scholar Stuart Elden has contributed a new afterword assessing the contribution of the biography in the light of more recent literature.

David Macey was a historian, translator, and the author of Lacan in Context, and Frantz Fanon: A Biography.

Praise For The Lives of Michel Foucault…

“David Macey’s endeavour was to break down the various elements of Michel Foucault’s life into their many different facets. And he did so with great success. The author delightfully weaves together the key moments in Foucault’s life and writing with his activist interventions and his engagement in the struggles around homosexuality, mental illness and prison. He thus brings out a fascinating, enigmatic character of extraordinary intelligence, who succeeded in composing a polyphonic oeuvre that was sadly cut short by his untimely death. Through the pages of Macey’s book we discover the itinerary of a doctor’s son who became an accomplished scholar, a pupil of Georges Canguilhem, a friend of Gilles Deleuze and Jacques Derrida, a great reader of Freud, Lacan and Sartre, both philosopher and historian. In this fine biography we find a man of phenomenal erudition, who would be transformed by his journey to the United States.”
—Elisabeth Roudinesco
or
Not Currently Available for Direct Purchase
Copyright © 2020 American Booksellers Association