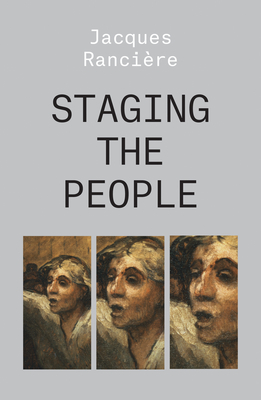 The Proletarian and His Double

These essays from the 1970s mark the inception of the distinctive project that Jacques Rancière has pursued across forty years, with four interwoven themes: the study of working-class identity, of its philosophical interpretation, of &ldquo;heretical&rdquo; knowledge and of the relationship between work and leisure. For the short-lived journal Les Révoltes Logiques, Rancière wrote on subjects ranging across a hundred years, from the California Gold Rush to trade-union collaboration with fascism, from early feminism to the &ldquo;dictatorship of the proletariat,&rdquo; from the respectability of the Paris Exposition to the disrespectable carousing outside the Paris gates. Rancière characteristically combines telling historical detail with deep insight into the development of the popular mind. In a new preface, he explains why such &ldquo;rude words&rdquo; as &ldquo;people,&rdquo; &ldquo;factory,&rdquo; &ldquo;proletarians&rdquo; and &ldquo;revolution&rdquo; still need to be spoken.

Praise For Staging the People: The Proletarian and His Double…

“The essays in Staging the People provide both empirical-historical instantiations and the intellectual road map to the later explicit theoretical formulation in Disagreement for which he is more renowned in the anglophone world. What is evident in this collection of articles is that his more recent political theory must be understood as coming intentionally out of the earlier post ’68 empirical and historical works undertaken in an attempt to return ‘speech’ to the mere ‘voice’ of the oppressed, exploited, and marginalised, in whose name the intellectuals of the left have repeatedly spoken, with disastrous consequences.”
—Capital & Class