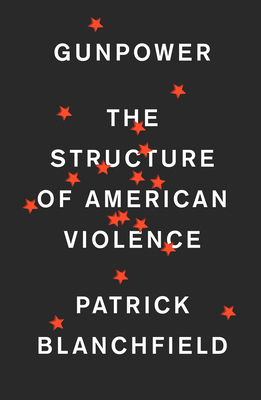 The Structure of American Violence

How might we break a 500 year cycle of American violence?

America as a nation was built upon, enshrines, and runs on gunpower. From the original founding of the US to its present economic life, from its interventions abroad to its struggles at home, guns are everywhere. Without guns, the original territorial seizures and ethnic cleansing of the North American continent would never have been possible, nor would the institution of chattel slavery. Without guns, the policing required for America's capitalist industrialization would have been unthinkable, and so too would have been its ascent as a global military power and foremost arms dealer. Guns are the only object to be named in America's founding legal documents. Today, Americans own some 40% of all guns on the planet. Gunpower is, quite literally, constitutional to the American enterprise.

Weaving together narrative history with contemporary politics, Gunpower offers a unique vision of America's past, present, and future in relation to gun violence and gun control. Rejecting the reductive distinctions between "pro-gun" and "anti-gun," Democrat and Republican, Gunpower cuts through deadlocked debates to offer an account of what lies at the heart of the matter: the operations of power that America's gun saturation sustains.

For those tired of the predictable cycles of horror, outrage, and resignation that have defined American debates over guns, Gunpower offers a vital toolkit for navigating a new landscape of protest, organizing, and political possibility.

Patrick Blanchfield is a freelance writer and Associate Faculty at the Brooklyn Institute for Social Research. His work has appeared in The New York Times, The Washington Post, The Nation, n+1, Dissent, The New Inquiry, Foreign Policy, and many other outlets.
Loading...
or
Not Currently Available for Direct Purchase