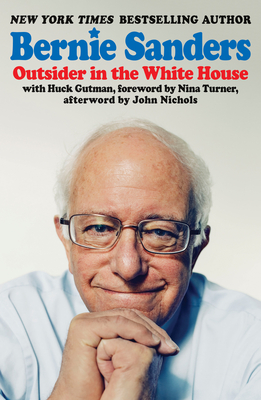 Bernie Sanders’s political autobiography, with an updated afterword that brings his story up to the 2020 presidential campaign

Explaining where he comes from and how his politics were formed, Senator Bernie Sanders describes in detail how, after cutting his teeth in the Civil Rights movement, he helped build an extraordinary grassroots political campaign in Vermont, making it possible for him to become the first independent elected to the US House of Representatives in forty years. He is now the longest-serving independent in US political history.

An extensive afterword by the Nation’s National Affairs correspondent, John Nichols, continues the story with Sanders’s entrance into the Senate, the drama of the 2016 Democratic Primary, his ongoing resistance to Trump, and the thrilling launch of his 2020 bid for the White House. A new foreword by Nina Turner, former president of Our Revolution and co-chair of the Sanders for President campaign, provides a rare glimpse of Bernie as a person. Outsider in the White House is the story of a passionate and principled political life.

Praise For Outsider in the White House…

“I endorse Brother Bernie Sanders because he is a long-distance runner with integrity in the struggle for justice for over fifty years. Now is the time for his prophetic voice to be heard across our crisisridden country.”
—Cornel West, author of Race Matters

“Bernie’s been in the forefront of all the crucial environmental fights of recent years.”
—Bill McKibben, cofounder of 350.org

“Bernie is the real thing. He’s not about reading the polls and finding out what he needs to say in order to get elected. He’s about an unwavering commitment to basic justice, equality and sound financial sense.”
—Ben Cohen, cofounder of Ben & Jerry’s and founder of Stampede: Stamp Money out of Politics

“I feel weird using words like ‘values’ and ‘morals’ because those are words that have been co-opted to justify terrible things like bigotry and greed. I’d like to take those words back and use them to describe Bernie Sanders because his moral compass and sense of values inspire me.”
—Sarah Silverman, comedian and social commentator

Praise for the original edition, Outsider in the House:

“A clear, compelling and comprehensive vision for reinvigorating democracy, reducing poverty, rebuilding the middle class and restructuring our health care and education systems. Sanders gives us a vision of the day when ‘we will no longer be outsiders in the House.’”
—In These Times

“Outsider in the House is a rare achievement: a concise, compelling book that both tells an interesting story and provides a readable, down-to-earth blueprint for political change.”
—The Onion

“A road map for how progressives can win elections and not be a part of the two party duopoly.”
—Ralph Nader

“A grass-roots ‘how-to’ guide, especially helpful and inspirational for prospective independent candidates—a firsthand description of the career of the most successful American socialist politician in modern times.”
—The Hill

Bernie Sanders was elected to the US Senate in 2006 after serving 16 years in the House of Representatives. He is the longest serving independent member of Congress in American history. Early in his career, Sanders was director of the American People’s Historical Society. Elected Mayor of Burlington by 10 votes in 1981, he served four terms. Before his 1990 election as Vermont’s at-large member in Congress, Sanders lectured at the John F. Kennedy School of Government at Harvard and at Hamilton College in upstate New York.
Loading...
or
Not Currently Available for Direct Purchase