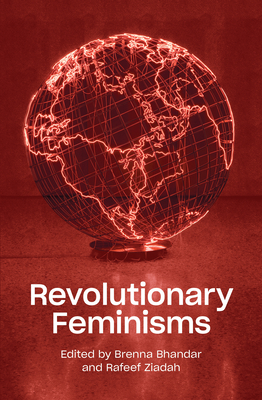 In a moment of rising authoritarianism, climate crisis, and ever more exploitative forms of neoliberal capitalism, there is a compelling and urgent need for radical paradigms of thought and action. Through interviews with key revolutionary scholars, Bhandar and Ziadah present a thorough discussion of how anti-racist, anti-capitalist feminisms are crucial to building effective political coalitions. Collectively, these interviews with leading scholars including Angela Y. Davis, Silvia Federici, and many others, trace the ways in which black, indigenous, post-colonial and Marxian feminisms have created new ways of seeing, new theoretical frameworks for analysing political problems, and new ways of relating to one another. Focusing on migration, neo-imperial militarism, the state, the prison industrial complex, social reproduction and many other pressing themes, the range of feminisms traversed in this volume show how freedom requires revolutionary transformation in the organisation of the economy, social relations, political structures, and our psychic and symbolic worlds.

Brenna Bhandar is Reader in Law and Critical Theory at SOAS, University of London. She is the author of Colonial Lives of Property, and she is co-editor of Plastic Materialities.

Rafeef Ziadah is an academic, poet and activist. She teaches Politics of the Middle East at SOAS, University of London. She has worked as researcher and campaigns organiser with a number of grassroots Palestinian, refugee rights and anti-poverty campaigns.

“The contributors may not agree on every detail, and neither may you, but if you are looking for a thought-provoking, academic overview, covering all aspects of revolutionary feminism, you have found it.”
—Stella Dadzie, author of The Heart of the Race
or support indie stores by buying on
Copyright © 2020 American Booksellers Association