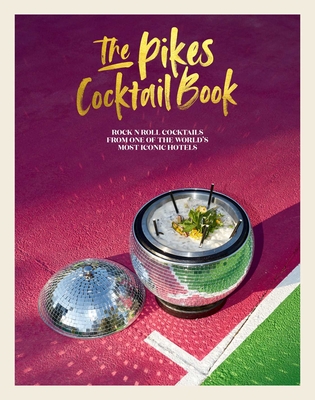 Recreate the most popular drinks to have been shaken, stirred, and swallowed at one of the world’s most unique venues.

Now, for the first time ever, The Pikes Cocktail Book tells the story of this incredible place, with drinks recipes inspired by mischief and misbehavior at this epicenter of Balearic excess. The 65 drinks recipes are divided into chapters such as Poolside Sunset, After Midnight, and The Morning After where you can sample Captain of the Night, Sunny's Gay G&T, Golden Bird, and many more.

'Among Ibiza’s growing raft of luxury hotels, Pikes remains a characterful standout. The venue has carved a niche as a hedonistic creative hub, providing the setting for Freddie Mercury’s 41st birthday party, Wham’s Club Tropicana video and cutting-edge art and music pop-ups’ – The FT: How to Spend It

Dawn Hindle is Creative Director at Pikes Ibiza and for the Ibiza Rocks Group. She has been at the cutting edge of Ibizan cultural life for over 20 years, previously as one of the co-founders of Manumission, the biggest and most famous nightclub in the world, that launched in 1993. She is also the founder of the Pikes Podcast series that launched in 2019, available on Apple Music or Spotify.
or support indie stores by buying on
Copyright © 2020 American Booksellers Association