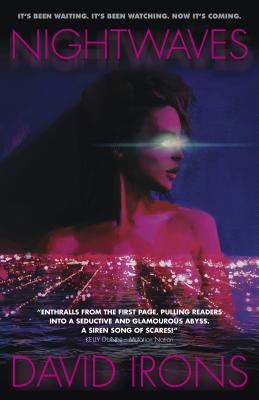 Something Has Been Set Free

Off the south of England, an old evil has been set free... While drilling out at sea, the ill-fated crew of a rig have released something old, something that's been waiting to return to the surface...a hive of sea sirens; Creatures that need human hosts to survive and human faces to lure people to their demise. Kirsten Costello is a model from East London. Bored of her vacuous existence, she leaves her old life of excess behind and moves to Brighton with her cousin Simone. After a random attack one night under Brighton Pier, Kirsten becomes the object of one of the creature's obsession. Psychically linked by its scratch, she becomes a beacon for its desire to use her body as its own and be the face they need. Always knowing where she is, constantly stalking her by night, it seems there is no way to escape. With the help of Simone, her girlfriend Geena, and local Clairvoyant, Melissa Clarke, Kirsten must fight back against the creature, as it tries to drag her back down below into the depths, down into the Night Waves.