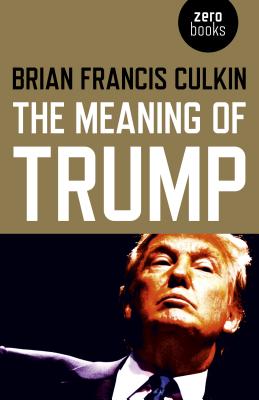 The Meaning of Trump

The election of Donald Trump was a shattering moment to the political sensibilities of America; immediately sending the country into a frenzy of commentary, critique, and a never-ending media coverage that has bordered on the absurd. But the question still remains: what does it all mean? The Meaning of Trump is an ideological critique that sees the election of Donald Trump as a completely natural progression to the general trajectory of digitized technologies, neoliberalism, and a new breed of financialized capitalism; destructive global forces that know no party affiliation or national boundary. Although Donald Trump is undoubtedly the symptom that has exploded to the surface after nearly four decades of failed policies and broken promises by both Republicans and Democrats alike, his election can also be seen as an existential fork in the road for both the United States and even humanity itself. What path is taken still remains to be seen.

Brian Francis Culkin is a writer, theorist, and film director with a reputation for delivering thought provoking political & social commentary. He is the author of Postscript on Boxing, a book that chronicles and comments upon the simultaneous collapse of the industrial economy and the sport of boxing in response to the rise of the networked economy and globalization, There is no such thing as Boston, a deeply reflective meditation on contemporary urban gentrification in both Boston and the world and Conversations on Gentrification, a further exploration of gentrification as both an urban fact and as a concept that helps to explain the nature of 21st century life. Brian lives in Massachusetts, USA.
Loading...
or
Not Currently Available for Direct Purchase