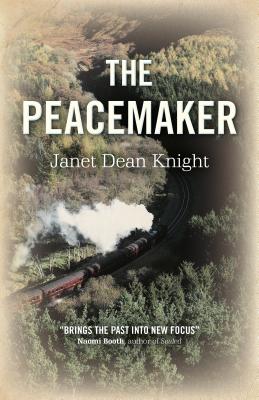 As the war to end all wars is about to be followed by another, a young woman finds her life taking the same tragic course as her mother's. One night in the summer of 1938 Violet Lowther's mother Peggy is dying, her father Ellis is drunk in the pub, and Violet's life is being ruined behind a dance hall in Barnsfield by a young miner who doesn't look like Clark Gable after all. By September, the British Prime Minister is flying to Munich to try to make peace with Hitler, and in the same week, Violet travels to the remote moorland of Thorndale to visit relatives, escaping her own war with her father. But when Violet learns the truth about Ellis' love for Peggy, will she finally be able to make her peace with him? The Peacemaker is a story of buried family secrets and the search for understanding from one generation to the next, and between men and women. Set at a pivotal moment in history it exposes how, in hiding our darkest experiences, the same human tragedies occur over and over again. 'A deftly handled historical novel with a modern twist.' Carole Bromley, author of The Stonegate Devil.

Janet Dean Knight earned her MA in Creative Writing in 2015. Her debut novel The Peacemaker, longlisted in the 2017 Mslexia Novel Competition, explores the parallel lives of a mother and daughter during the First and Second World Wars. Also a poet, Janet has had poems shortlisted for the Bridport Prize and commended in the Stanza Poetry Competition. She publishes regularly in magazines and anthologies. Janet co-runs the Awakening the Writer Within Retreats in France and the UK. She lives in York, UK.
Loading...
or
Not Currently Available for Direct Purchase