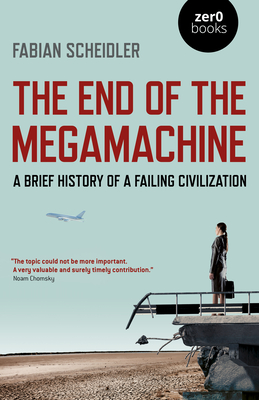 The End of the Megamachine

A Brief History of a Failing Civilization

A must read for everyone rising against the system that is destroying life on earth and our future. Vandana Shiva, World Future CouncilThe End of the Megamachine provides a uniquely comprehensive picture of the roots of the destructive forces that are threatening the future of humankind today. Spanning 5000 years of history, the book shows how the three tyrannies of militarized states, capital accumulation and ideological power have been steering both ecosystems and societies to the brink of collapse. With the growing instability of the Megamachine in the 21st century, new dangers open up as well as new possibilities for systemic change, to which everyone can contribute.

Fabian Scheidler studied history and philosophy in Berlin and theatre directing in Frankfurt/M. He works and lives in Berlin as a writer for print media, television, theatre and opera. In 2009 he co-founded the independent newscast Kontext TV (www.kontext-tv.de/en), producing a monthly broadcast on global justice issues; guests include Noam Chomsky, Vandana Shiva, Immanuel Wallerstein, Jeremy Scahill, Amy Goodman, Saskia Sassen, Yanis Varoufakis, Maude Barlow and many others.
Loading...
or support indie stores by buying on