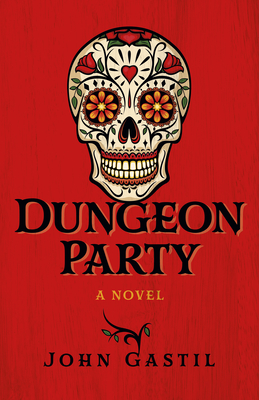 ...a great story. Gamers will love this tale. If you want to really feel what gaming is about, not to mention what life is about, you should devour it. I did, and I want a sequel. In the meantime, I'll read it again. Ed Greenwood, creator of The Forgotten Realms Dungeon Party links a fantasy world and the people playing in it. When longstanding personality conflicts erupt, the volatile Randall Keller secedes from Alan Crandall's gaming group. In pursuit of a coveted prize at an upcoming convention, Alan replaces Randall with two female recruits who reinvigorate the campaign. Randall chooses a darker path by spreading infectious cynicism through the gaming community while plotting his revenge. When the Middle Mirth convention gets underway, Alan's group must stop Randall and his avatar before they devastate worlds both fictional and real.

John Webster Gastil is a professor at Pennsylvania State University who studies group behavior and has spent a large portion of his life playing games at tabletops and online. His nonfiction includes Democracy in Small Groups and The Group in Society. Dungeon Party is his first foray into fiction, and his second novel, Gray Matters, is also forthcoming from Cosmic Egg Books. John lives in State College, PA, USA.
Loading...
or
Not Currently Available for Direct Purchase