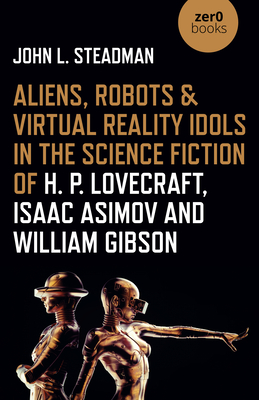 "Steadman's comprehensive guide wrestles with the concept of the 'alien', applying cutting edge theoretical and philosophical ideas to the work of some of the greats of Science Fiction to arrive at a set of exciting new discoveries about what the genre says it means to be 'human'. Reading Aliens, Robots and Virtual Reality Idols guarantees that you will never look at the writing of Lovecraft, Asimov or Gibson in the same way again." --Dr David Simmons, Senior Lecturer in English and Screen Studies, University of Northampton H. P. Lovecraft's aliens are extra-terrestrial, terrestrial & trans-dimensional entities, totally unlike any other aliens in science fiction literature. In contrast, Isaac Asimov's and William Gibson's aliens are human created positronic robots and virtual reality constructs, or 'idols'. Lovecraft's great theme is alien indifferentism, tinged with a malevolence that escalates into an existential, apocalyptic threat against humankind, while for Asimov and Gibson, alien inclusionism is the norm. The robots and the VR idols integrate into society and their influence appears to be beneficial. But this is only on the surface. In this book, John L. Steadman demonstrates that there is ultimately little difference between alien indifferentism and alien inclusionism in the fictional works of these three great writers. For in fact, the robots and the VR idols evolve into monsters whose actions bring about outcomes which are every bit as terrifying as anything in Lovecraft's work. Humans tend to be isolates ('alien'-ated). The reader is invited to question this, and to consider the possibility that an alien perspective, or platform, might, perhaps, be crucial if we intend on seeing ourselves clearly and understanding exactly what it means to be human.