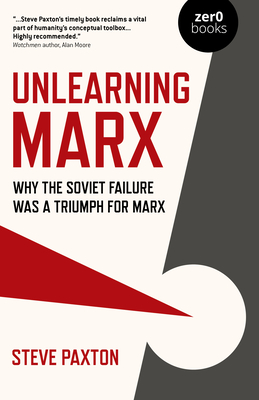 Why the Soviet Failure Was a Triumph for Marx

The theories of Karl Marx and the practical existence of the Soviet Union are inseparable in the public imagination, but for all the wrong reasons. This book provides detailed analyses of both Marx's theory of history and the course of Russian and Soviet development and delivers a new and insightful approach to the relationship between the two. Most analyses of the Soviet Union, from any perspective, focus on trying to explain the failure to establish socialism, giving too much weight to the political pronouncements of the regime. But, for Marx, this approach to historical explanation is back-to-front, it's the political tail wagging the economic dog. When we move our focus from the stated aims of building socialism, and look at what actually happened in Russia from emancipation in the 1860s, through the Soviet era to the 1990s, we can clearly see the patterns which Marx identified as the essential features of the transition from feudalism to capitalism in England from the sixteenth century to the nineteenth. As such, the Soviet experiment forms an important part of Russia's transition from feudalism to capitalism and provides an excellent example of the underlying forces at play in the course of historical development. Unlearning Marx will surprise Marx's admirers and his detractors alike, and not only shed new light on Marxism's relationship with the Soviet Union, but on his ongoing relationship with our world.

Steve Paxton, in addition to an academic career culminating in doctoral research with GA Cohen at Oxford, has worked on building sites and in betting shops, been a PHP programmer and a T-shirt designer, been employed, self-employed and unemployed, blue-collar, white-collar and no-collar. He combines the experience of this varied career with his academic background to bring unique insights to the printed page. If you want to know where we're going, he argues, you need to know how we got here. He lives in Banbury, UK.
Loading...
or support indie stores by buying on