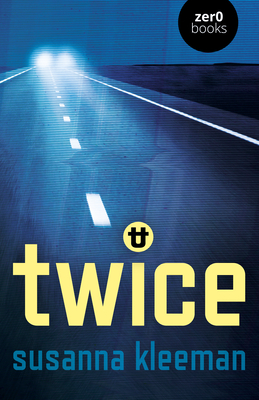 IS NIM ON THE RUN WITH HER EX OR HIS DOUBLE?A thrilling look at coercive control on a global and personal scale, TWICE is about doubles, false fronts, ex-loves, the secret history of the world and what we've lost now that digital tech tightens its grip on our hearts and souls.Nim's ex love returns from Silicon Valley, wanting a book from their childhood. She chucks him out. Moments later, he's back again, one fingertip missing, claiming he's the real Chris and that Nim's first visitor was an imposter. Nim doesn't believe him so he abducts her, forcing her on a journey where nothing is as it seems."Wryly hilarious and utterly bonkers, TWICE is like nothing I've encountered. Imagine David Cronenberg making a horror film after binge-watching Fleabag, and you'll have a general idea of the kind of roller-coaster ride that awaits in Kleeman's delightful horror." - Dan Chaon.

Susanna Kleeman is a writer from London who works in digital tech. Her first book, MY REJECTIONS (2020) is a short memoir of hubris, humiliation and triumph against the odds. Her first novel TWICE is coming from Zero Books in June 2021.
Loading...
or support indie stores by buying on