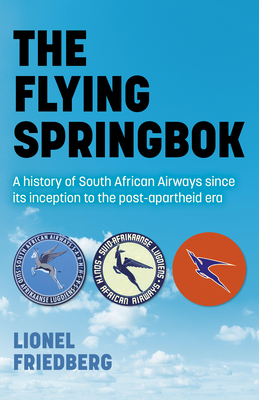 An artistic rendering of the African antelope, the Springbok, was depicted with stylized wings to serve as the logo of South African Airways (SAA) for well over 60 years. It was replaced by a new corporate identity when the airline was rebranded after the demise of apartheid, the release of Nelson Mandela from political incarceration, and the introduction of a non-racist democratic society in South Africa in the mid-nineties. As a state-owned entity, many people once saw SAA as the 'apartheid airline.' For a time, travel on board its aircraft was restricted to whites only, but this was later changed to include members of all the country's diverse racial groups. SAA pioneered flight throughout Africa during the colonial era, long before airports, supply services, radio and weather forecasting capabilities even existed. Its staff and equipment served with the Allies in Europe and North Africa during WWII and it met the enormous challenge of having to circumvent African airspace when flying to destinations abroad after most African nations closed their skies to it in protest against the country's racist policies in the early sixties. Over the years the airline grew into one of the world's major domestic, regional, and international carriers. Its long history was eventually terminated and replaced by a new entity in 2020 with the outbreak of the coronavirus pandemic. In its original incarnation it could proudly boast of being one of the world's oldest and longest-surviving international carriers. It is still seen by many around the world as the airline with that much revered and fondly remembered emblem, the Flying Springbok.

Lionel Friedberg is an Emmy Award-winning Film and TV producer, and writer. He grew up in South Africa and began his career at the first TV station in Central Africa in Northern Rhodesia, now Zambia, in 1961. He worked as a Director of Photography on 18 feature films and wrote, produced, and directed for National Geographic, PBS and national broadcast and cable networks. He is also a New York Times bestselling author. He is based in Los Angeles, California.
Loading...
or
Not Currently Available for Direct Purchase