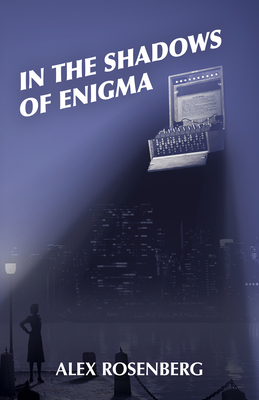 In the Shadows of Enigma

In this standalone sequel to The Girl From Krakow, the greatest undisclosed secret of the Second World War haunts the lives of four people across three continents and fifteen years. The only Second World War secret not revealed soon thereafter was that the Allies had broken the German Enigma codes. This secret was kept for 30 years after the war. In the Shadows of Enigma is a 15 year-long narrative of how knowing the secret changed the lives of four people: Rita Feuerstahl, who learned that the German Enigma had been deciphered by the Poles just before she escaped a Polish ghetto, Gil Romero, her prewar lover whom Rita marries after the war, Stefan Sajac, the infant son Rita had smuggled out of the ghetto and lost track of, and Otto Schulke, the German Gestapo detective who apprehended Rita during the war and suspected that she knew the secret of the Enigma's decoding.

Alex Rosenberg is a professor of philosophy at Duke University, North Carolina, and he has written extensively in this field, most notably his 2011 book, The Atheist's Guide to Reality. As a novelist, Alex is the author of two historical thrillers, The Girl From Krakow and Autumn in Oxford. The Intrigues of Jennie Lee is his first novel from Top Hat Books. Alex lives in North Carolina, USA.
Loading...
or support indie stores by buying on