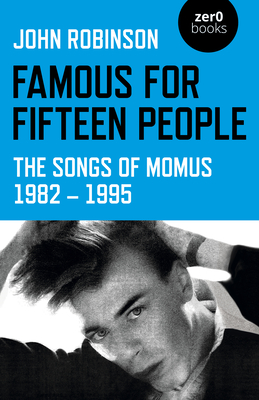 The life and songs of singer-songwriter Momus during his time at Creation records and beyond. Momus - the stage name of musician Nicholas Currie - is one of the most prolific and talented indie songwriters of the last forty years. His work is controversial, influential and highly regarded. From aspiring indie pop star of the 1980s to Japanese chart success in the 1990s through many experimental works to the present day, he has been a constant in the search for intelligent, thinking person's pop. Jarvis Cocker asked him to produce his band Pulp, the NME memorably awarded his album Hippopotamomus 0/10, Creation Records dropped him when he proved too dangerous for them, and his more controversial work led to astounding legal tussles. His personal life has involved scandal and heartbreak and he lost an eye following an infection, resulting in his distinctive eye-patch. His songs including The Hairstyle of the Devil, The Guitar Lesson and I Want You but I Don't Need You are acclaimed and have been covered by artists including Amanda Palmer and Steven Wilson.

John Robinson is a Further Education Lecturer in Computing from Scunthorpe in North Lincolnshire. He has a background in website design and a BA(Hons) in Radio Film and Television Studies with Mathematics from Canterbury Christ Church College. He works and writes mainly about music and technology, and lives with his wife and two children.
Loading...
or
Not Currently Available for Direct Purchase