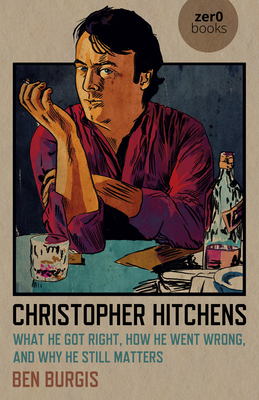 What He Got Right, How He Went Wrong, and Why He Still Matters

'Burgis offers a fascinating and nuanced dive into the life, work, and political views of Christopher Hitchens. It's rare to come across a book that manages to combine an enjoyable and informative mix of history, philosophy, religion, and biography. Burgis accomplishes this difficult task well, and also helps the reader to interpret today's political climate.' Ana Kasparian, host and executive producer, The Young Turks While his post-9/11 turn to the right has defined Christopher Hitchens for the last two decades, we may now be in a position to rehabilitate his long pre-9/11 career as a left-wing polemicist. Burgis reminds readers about what was best in Hitchens's writings and helps us gain a better understanding of how someone whose whole political life was animated by the values of the socialist left could have ended up holding grotesque positions on Iraq and the War on Terror. Burgis' book makes a case for the enduring importance of engaging with Hitchen's complicated legacy.

Ben Burgis is philosophy instructor at Georgia State University Perimeter College, a columnist for Jacobin Magazine and Arc Digital Media, and the co-host of the Dead Pundits Society. He also does a regular segment on The Michael Brooks Show called the Debunk. He lives in Norcross, Georgia.
Loading...
or support indie stores by buying on