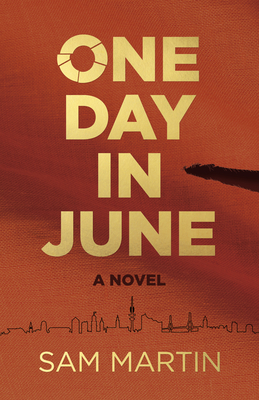 One Day in June

'One Day In June' is Sam Martin's second novel. His first, 'Pictures Of Anna', was published in 2019 in the UK. It is currently being translated into German and has also become a film project - one of three full-length feature-film screenplays that Sam has written. Filming on one, 'Stand Up' (directed by Timo Jacobs) was recently completed and premiered at the Berlin Film Festival, and is currently awaiting its post-corona release. Sam is originally from the north-east of England, but he has lived in Koblenz, Germany for some years now.
Loading...
or support indie stores by buying on