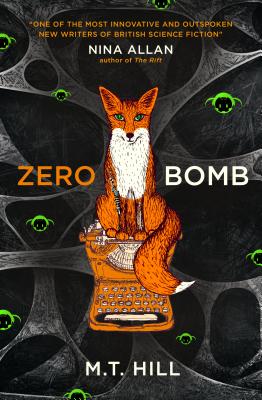 From Philip K. Dick Award-nominated author M.T. Hill, Zero Bomb is a startling science fiction mystery that asks: what do we do when technology replaces our need to work?


The near future. Following the death of his daughter Martha, Remi flees the north of England for London. Here he tries to rebuild his life as a cycle courier, delivering subversive documents under the nose of an all-seeing state.

"A rich tapestry of literary science fiction that combines metafiction, mystery, and a possible future that is at once terrifying and invigorating." - Booklist

"Zero Bomb is a bold and alarming vision of an automated future and those who might resist it. " Foreword Reviews

M.T. Hill grew up in Tameside, Greater Manchester, and now lives on the edge of the Peak District with his wife and sons. He is the author of Zero Bomb, The Folded Man and 2016 Philip K. Dick Award nominee Graft.
Loading...
or
Not Currently Available for Direct Purchase