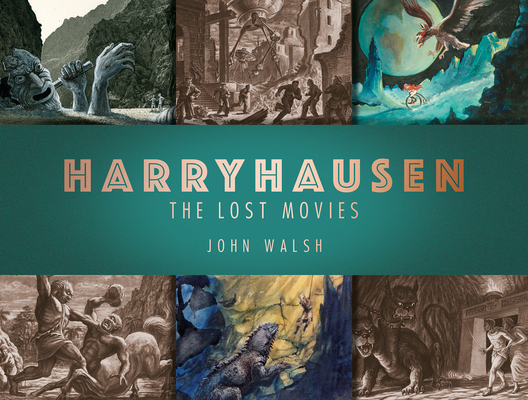 The official guide to the unrealised films of Ray Harryhausen.

Known for his iconic stop-motion creatures, Ray Harryhausen was at the forefront of Hollywood special effects for much of the 20th century. His films include One Million Years B.C., Clash of the Titans and Jason and the Argonauts, among others. But for every film that reaches the big screen, half a dozen projects are never realised.

Harryhausen: The Lost Movies explores Harryhausen's unrealised films, including unused ideas, projects he turned down and scenes that ended up on the cutting room floor. This book includes never-been-seen-before artwork, sketches, photos and test footage from the Harryhausen Foundation archives.

Praise For Harryhausen: The Lost Movies…

“What do the films Harryhausen didn’t make say about the creator?  If you’re a fan of Harryhausen and the history of stop-motion animation, this should be the next book on your shelf” - Borg.com

“For fans of Harryhausen’s work, this is a must have book. For the curious, the hardcover collection is an easy read and a delight to have in front of you” - Fangirl Nation

John Walsh is a London-based award winning filmmaker with a focus on social justice. His work ranges from television series to feature films. He is a double BAFTA and double Grierson Awards nominee for his groundbreaking work. John’s 1989 documentary on Ray Harryhausen (Movement Into Life) is held in the Ray and Diana Foundation’s archive. John also produced HD audio and film commentary recordings with Ray in his final years.
Loading...
or
Not Currently Available for Direct Purchase