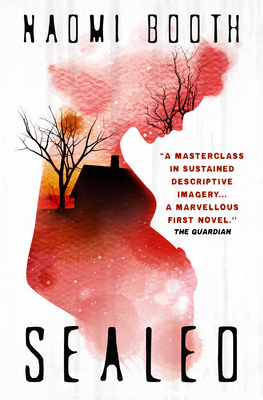 Sealed is a gripping modern fable on motherhood, a terrifying portrait of ordinary people under threat from their own bodies

Heavily pregnant Alice and her partner Pete are done with the city. Alice is haunted by rumors of a skin-sealing epidemic starting to infect the urban population. She hopes their new remote mountain house will offer safety, a place to forget the nightmares and start their family. But the mountains and their people hold a different kind of danger. With their relationship under intolerable pressure, violence erupts and Alice is faced with the unthinkable as she fights to protect her unborn child.

Timely and suspenseful, Sealed is a gripping modern fable on motherhood, a terrifying portrait of ordinary people under threat from their own bodies and from the world around them.

"Sealed refuses to be categorized: it is a pre-apocalyptic cautionary tale, an intense psychological thriller, a fable on motherhood, and pure body horror all wrapped in an unsettling package that will stay with readers long after they turn the final page." -- Booklist

"Horror doesn’t have to be over the top to be effective, and Booth’s measured approach brilliantly proves it." - Vol. 1 Brooklyn

“a disturbingly relevant story...of epidemics and the ways in which paranoia enables prejudice” - BookRiot

Naomi Booth is a fiction writer and academic. Her novella, The Lost Art of Sinking, emerged from research into the literary history of swooning, and won the Saboteur Award for Best Novella 2016 as well as being selected for New Writing North's Read Regional campaign 2017. Her first novel, Sealed, is a gripping modern fable on motherhood. She is currently working on a new novel and collection of short stories, and an academic monograph on passing out.

In 2018 Naomi was named in the Guardian's 'Fresh Voices: 50 Writers to Read Now'. She was also picked for the 'Not the Booker' shortlist and was long-listed for the Sunday Times EFG Short Story Award.

Naomi grew up in West Yorkshire and now lives in York, where she lectures in Creative Writing and Literature at York St John University.
Loading...
or
Not Currently Available for Direct Purchase